Greetings from your good friend Bokito

‘Greetings from your good friend Bokito’ is a series of portraits we work on intermittently. Since 2017, we put ourselves in Bokito’s shoes, to write personal messages to his alleged friends. Bokito becomes our alter ego, but he’s not human, he is a silverback gorilla.

Bokito gained notoriety after he broke out of a zoo, in the Netherlands. He became somewhat of a celebrity – even making it into the national dictionary.

More and more people are acting out their inner Bokito these days. In our drawings, we portray the Bokito in public figures, and sometimes in ourselves. Bokito exemplifies the primal aspects of modern human life.

Historically, animals play an important role in politics – from Chinese pandas to the British monkeys of Gibraltar. Bokito is also diplomatic asset. He helps us come to terms with what lies underneath our thin layer of civility.

Bokito sends his greetings exclusively as A2 self-portraits, and postcards. Among his close friends are Kanye West, Joe Pesci, Recep Erdoğan, Dominique Strauss-Kahn, Darth Vader and, obviously, many others. 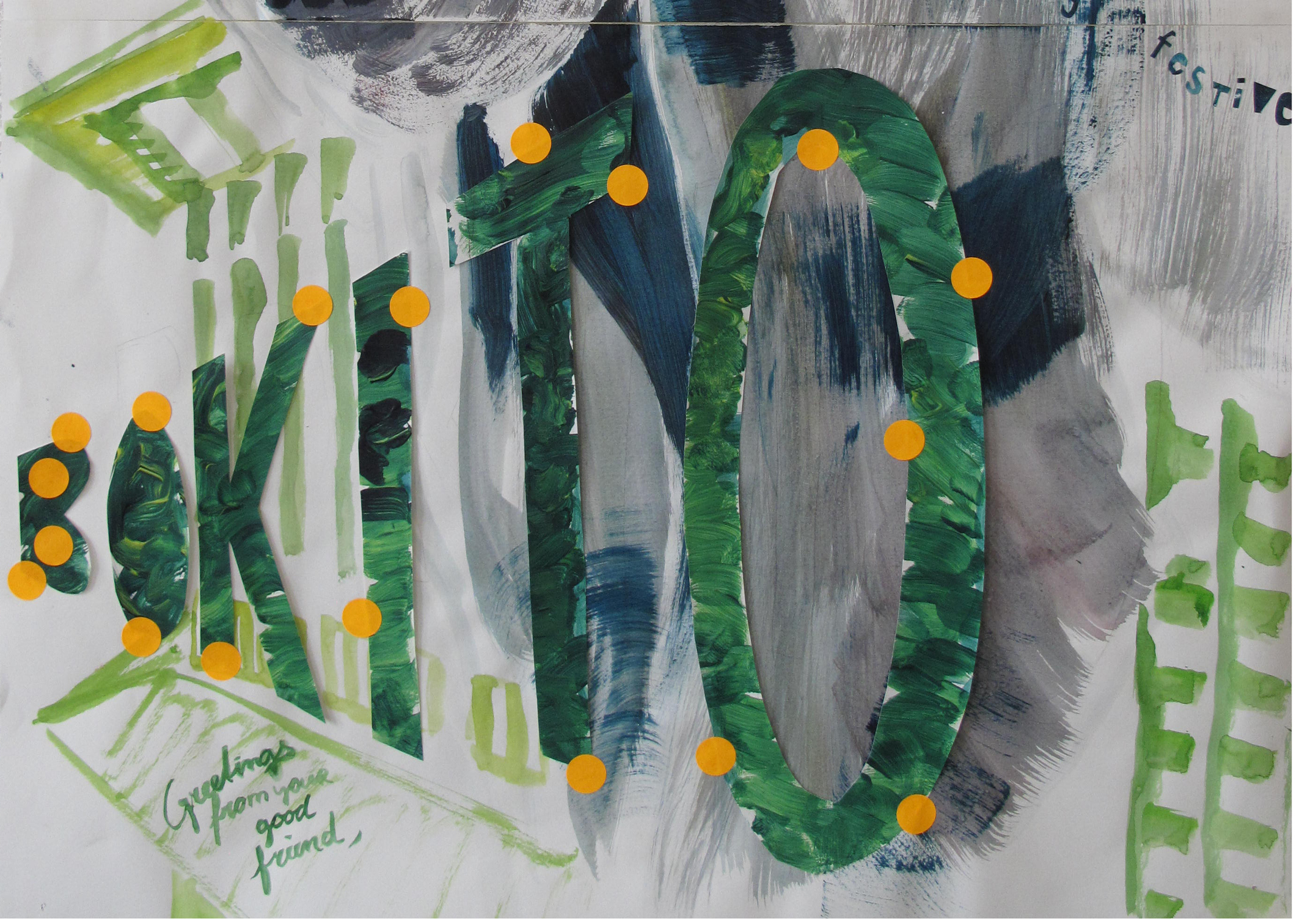 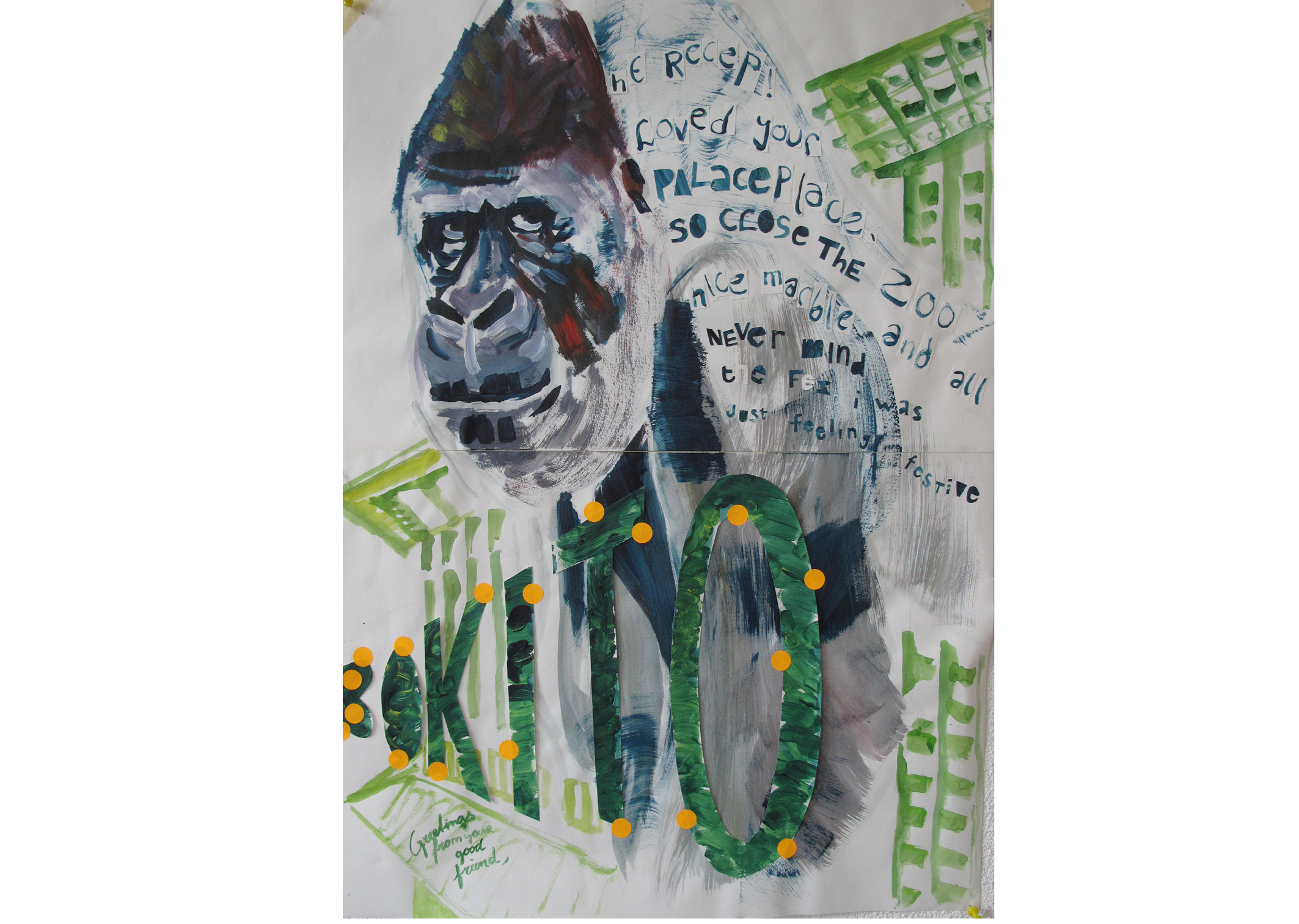 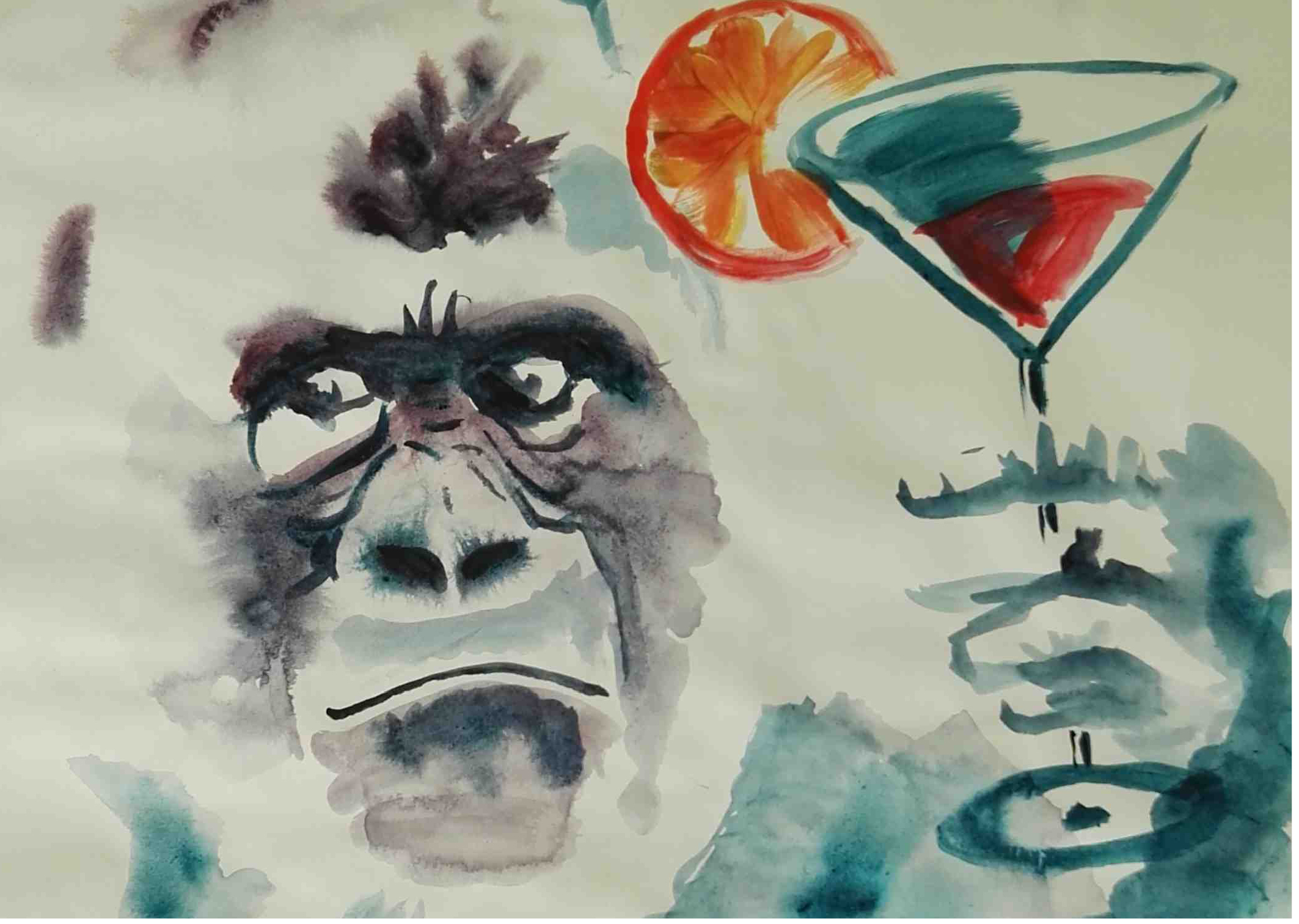 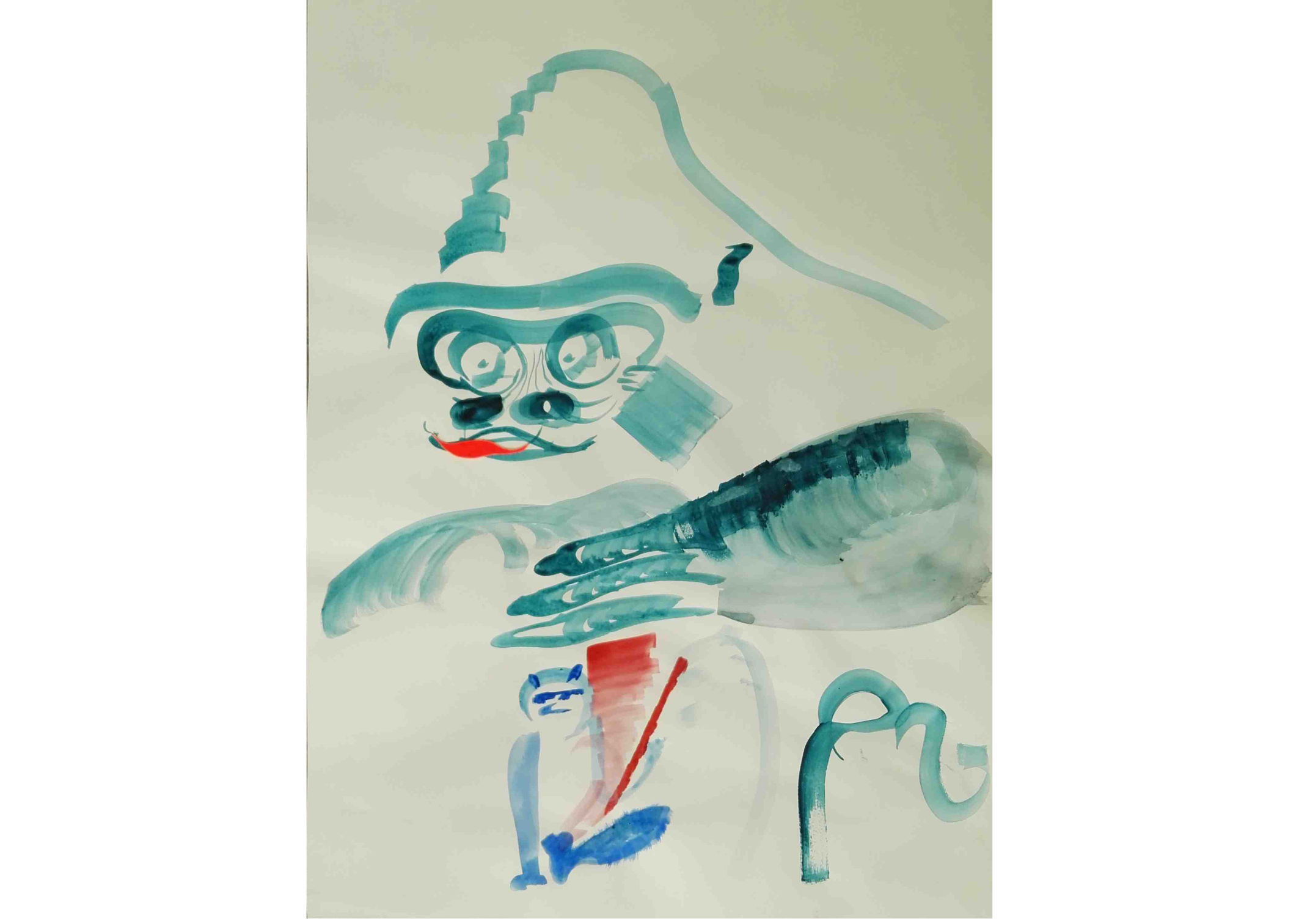 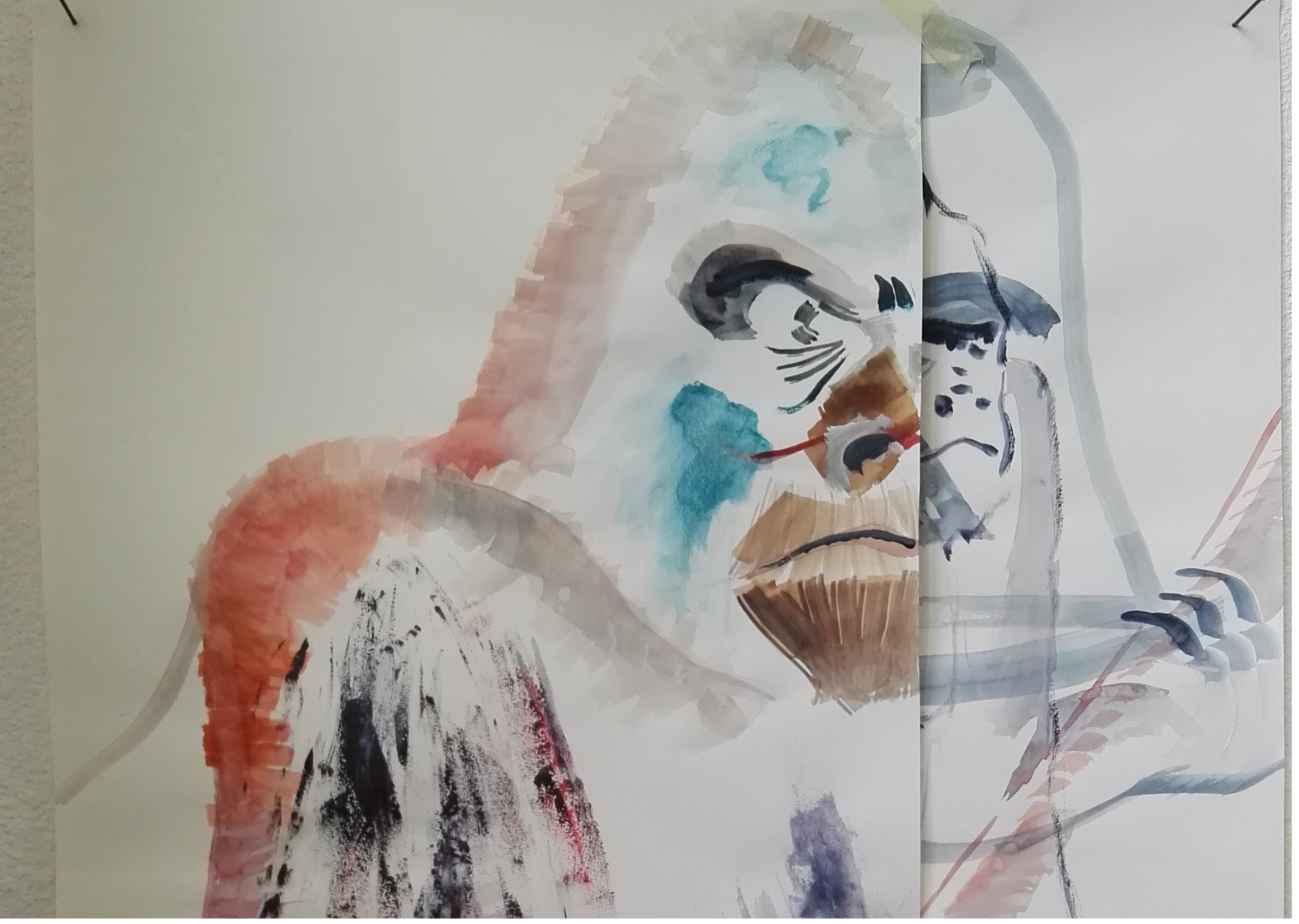 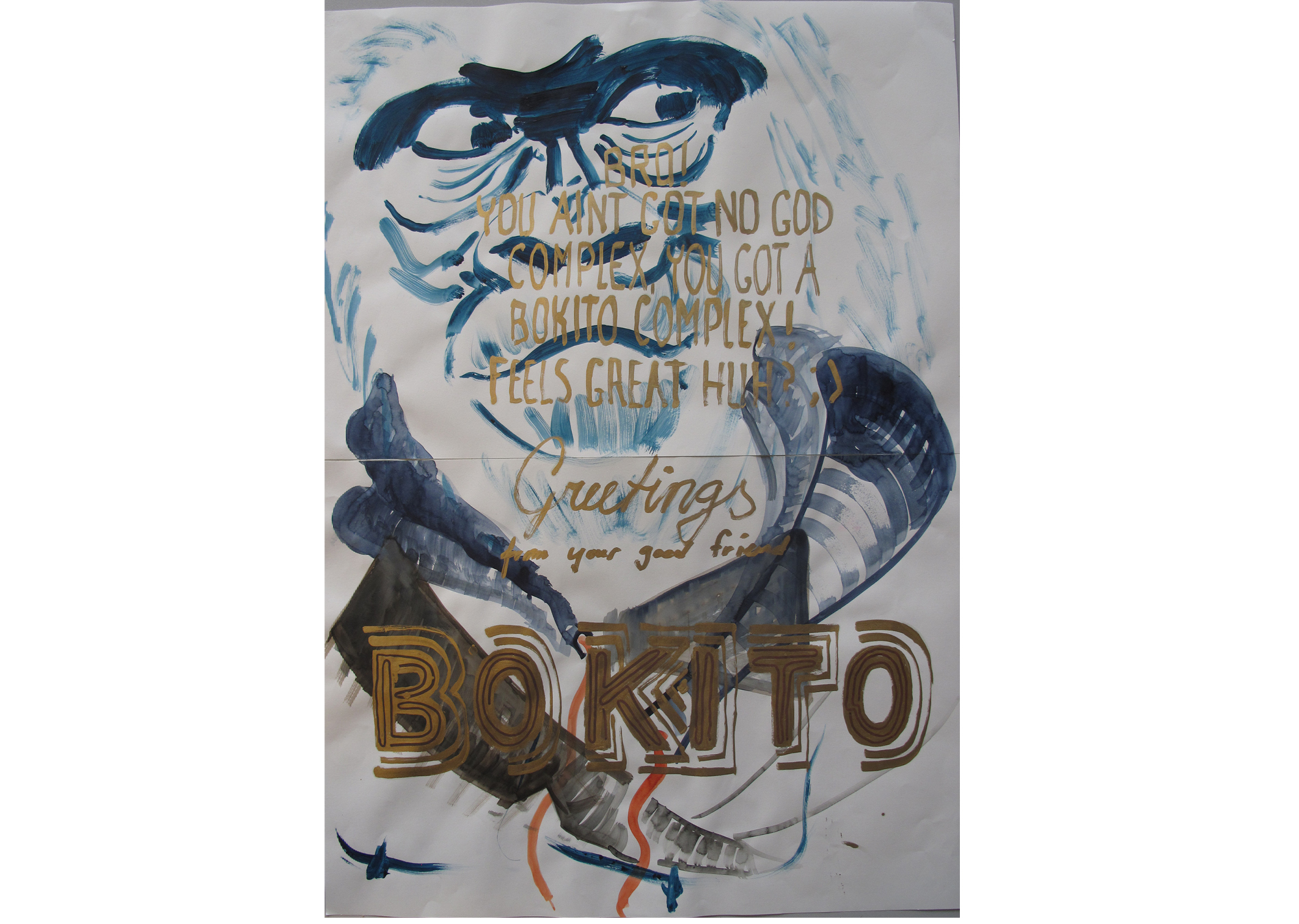 Bro! You ain't got no God complex you got a Bokito complex. Feels good, doesn't it? ; ) To Kanye West

Darth! How are you doing old boy? You seem a little twisted. Don't worry, it's just you and me babe! To Darth Vader

He, Recep! Loved your palace so close to the Zoo. Nice marble and all.never mind the fez, I was just feeling festive. To Recep Erdogan